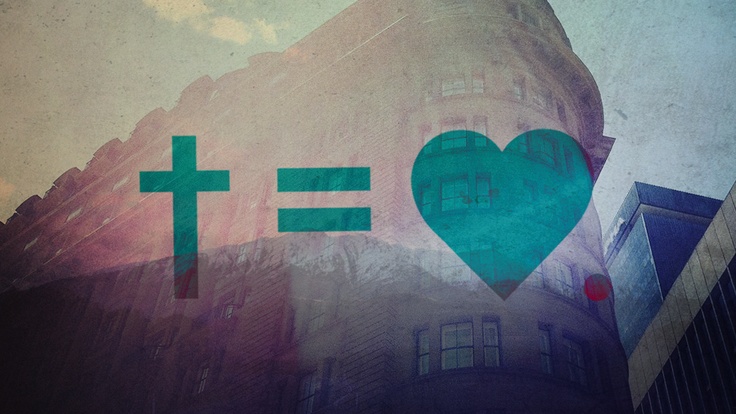 The Notebook, Dear John, Moulin Rouge, The Great Gatsby. What do all of these movies have in common? Well, for some of you maybe it’s that their boring, girly, unrealistic chick flicks. If this is you, you and I must agree to disagree because, personally, they are all amazing love stories. If truth be told, I happen to be a sucker for love stories, but let me tell you a tale of the greatest love story of all time.

Once upon a time, a long time ago in a galaxy not so far away, a being called Abba created an incredible creation. In fact, he had created a world so vast that it was 11 km deep and 8.8 km high, over 5 billion kg, 12,000 km in diameter and 40,000 km in its circumference. And every height and depth of this creation was infested by tens of millions of species. Still, out of all the millions of living things that crawled across the land, and swam within its depths, there was one part of Abba’s creation that could not be surpassed. This was his children. Made in his own image, the love he had for them was incomparable to anything else that roamed his world. He loved them so much that he wanted to protect them by guiding and instructing them on how to be safe.

However, Abba was so humble and loved his children so much that they were given the choice of free will. In their freedom, his children, persuaded by an evil power, were disobedient forever changing their relationship with their creator. They were now separated from Abba, but they were still his chosen children. From here, these children had children of their own, expanding Abba’s creation. Through law, Abba’s children would eventually be able to return home and live forever with Abba. But now Abba’s children had expanded so much that there were so many that would never have the opportunity to even know him. Abba saw that this had to change, and made an unbearable choice. He sent his son to wander and live amongst his creation.

Abba’s son was part of him making sending him to his creation incredibly difficult, but Abba had an immeasurable love for his children. So his son sacrificed his heavenly home to be disguised as his father’s creation, to live, breathe and walk as they did, to experience their lives and every aspect of it. Although the separation from his son was difficult, the ultimate sacrifice is what Abba could not bear. Through his son, Abba now could fully understand and relate to the life his creation had. Still, the eventual pain his son would face, could not compare to any of his son’s trials on earth. So that his creation would not be separated from Abba, his son had to be sacrificed. Abba heard his son beg and plead him to take away the burden. His son had done nothing wrong. However, he also heard the howling screams of those of his creation he had already lost. Abba’s son was denied, but he remained strong and trusted in his father. Abba’s sons eventual slaughter was so painful that the Abba could not bear to watch. All his son’s heavenly powers could have protected him, but he loved his father’s creation so much that he chose not to call upon the heavenly armies. So in all the weakness of his flesh and bone, he took every breaking of his skin, every trickle of blood and the eventual loss of his breath for the love that Abba had for his creation. But now, no matter how foul a crime his creation would commit, or how far away from Abba’s ways they may of seemed, Abba’s creation would not be separated from his unconditional love! They now had the opportunity, the choice to know Abba and go home. This is the story of a blood washed romance, unparalleled by grace. This is the story of God, my heavenly father, the greatest love story of all.

Does this surprise you? Does it shock you for me to sum up this pivotal story in this way. A love story? Maybe when you think of the Bible you think of theological concepts, with complex interpretation and theology. Maybe you see the Bible as a religious, dated book, with a set of rules and regulations that Christian people must follow to get into heaven. These answers are not necessarily wrong but I think they miss the DNA of the Bible. I personally believe that these statements above are our own human way of trying to quantify the Bible into a way that we can understand. But for me, the Bible is a story of love, the love of God who wants to have relationship with us. The Old Testament and the New, with all its complexities and laws, all boil down to Jesus, to the love and sacrifice of our Saviour, to the unfathomable grace and mercy of God, and to having a relationship with God!

This opinion of mine definitely has been greatly shaped by a book called “Searching for God Knows What” by Donald Miller. And I have to admit, that with such a bold title I expected an intellectually theological book. Now I am not taking anything away from the brilliance of this book and its author, but I just got a much more simple epiphany than expected. The Bible is relevant and will always be relevant because it holds the answer for every person on this planet, because it gives the answer of love.Now this is not just any love, that society deems important, but love in it’s most purist form. Love beyond all comprehension.The Bible is God’s Word. It is how he communicates to us and through it, he is reaching out to us with his love which is the ultimate love that everyone on earth is seeking. It is a love that knows no bounds, wider and deeper than anything we can imagine. It is incomprehensible, and it is what we seek. Everyone on earth has relational motives, and even though our capitalism and ambition may seem to be the most important thing in many people’s lives, deep down we all know that our happiness comes from the quality of the relationships we have with the people we love and who surround us. We all search for God’s love in other people, hoping that they will fill our relational needs. But ultimately, there is only one thing I will ever need, and there is only one relationship and love that will satisfy my soul. And that is a relationship with Jesus Christ. His love is the only love that will never fail, that has no conditions. It is a love that will truly never leave or abandon you, that does understand who you are.

This is what I have ultimately realised this year, that God’s love is not just for me, it is for everyone, no matter who or what they are or have done. This is why it is an honour to be apart of an organization that hopes to share this love with people that would otherwise never have the opportunity to know the love and compassion of Christ. Let’s never hide the amazing love our God has for us.